How Not to Meet Your Wife 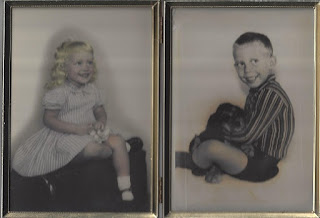 When I was young, unmarried and extremely naïve, I often wondered:


Do I already know the woman whom I will marry?


Will I know when I meet the right woman?


Can a guy even know such things?


It had been a beautiful autumn day and I was excited as I exited my third story apartment; I was planning on meeting a couple of high school friends that I hadn’t seen for quite a while. We had intended to go down to the Old Salt Tavern in Hampton, New Hampshire for a few drinks and a few stories.


As I reached the second landing, a woman named Susan was leaving her apartment and we exchanged pleasantries.  When I heard that she was meeting a girlfriend for the evening, I suggested that they come down to the Old Salt Tavern and I would buy them a drink.


At the time, I was a pilot in the Air Force and Susan was a little more to the left of the political spectrum than I was, so, meeting me for a drink was the last thing she wanted to do.  The fact that I was her landlord I’m sure restrained her tongue and she said she would have to see what Martha wanted to do.


When I picked up my second friend, he said he didn’t want to go all the way down to Hampton as his wife was almost ready to have their first child.  We changed our plans and went to The Rusty Hammer in Portsmouth; a much closer drive.


After we had been there for a while and had time to sample a fair amount of their on-tap stock, the door opened and in walked Susan and Martha.


“Glad you could make it,” I yelled showing just how many samples I had partaken.  I actually went over to their table and introduced myself.


It didn’t last long even though I thought Martha was the most beautiful woman I had ever met.  Despite the fact I was fueled by a lot of liquid courage, I was still very shy when it came to women, and I soon rejoined my high school buddies for the night.


About a week later I went down my apartment stairs again and knocked on Susan’s door to start some small talk.  After a while when it didn’t seem that I would ever get to the reason I was standing in her doorway, Susan asked, “Well, do you want her phone number or not?”


I nodded my head yes and she gave me Martha’s number.  Now, I just had to trudge back upstairs and see if my fingers would work well enough to dial the phone and whether I could make my voice even work.


I finally got up the courage to call and after I announced who I was, Martha asked, “I’m about to burn dinner.  Could you call back in twenty minutes?”


It was the longest twenty minutes of my life!


When I called back, everything went well until we tried to schedule a date.  You see, I was going on Alert down at the air Force base the next day for seven days and that next weekend my parents were flying up for my cousin’s wedding.  If Martha thought I was strange asking for a date almost two weeks in advance, she didn’t show it.


As bad luck would have it, a big no-notice inspection hit and my 7-day Alert tour turned into a 9-day Alert tour and I had to fly on the tenth day.  This caused a slight problem in that the only day I would get to see my parents was on the day of the wedding and they were scheduled to leave two days later.


I called Martha up on the phone, explained the situation to her and asked if she minded if my parents accompanied us on our first date.  When she said she didn’t mind, I knew that this was the woman I had been waiting for my whole life.


We were married five months later and are still totally in love after thirty-three years.
*****
If you liked this blog post I know you will love my Hating God Trilogy. Please go to Amazon where you can read for free “Hating God”, “Ignoring God”, and “Loving God” if you subscribe to Kindleunlimited.