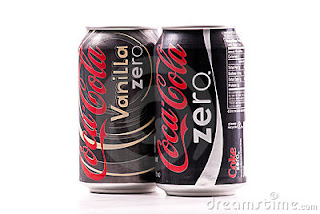 As soon as I opened my eyes, I knew something was wrong; my bed was moving!


My bed was moving and strange people were there staring down at me; and I was strapped down!


I thought my heart might jump right out of my chest as I tried to figure this out.  They didn’t look like terrorists, but they had uniforms on and they were questioning me.


I suddenly realized that I was in an ambulance and the strange men talking to me were EMTs. I was calmed and pleased because I knew the answer, “2014,” I answered.


Then I panicked as a flashback to a hospital room came crashing down on me as I remembered a scene when the doctor was giving my mother a dementia test; and she couldn’t come close to the right year.


I calmed down as I could see from the EMT’s eyes that I had answered correctly.  “Who is the President,” he asked?


It ends up that I had experienced a nocturnal seizure; the first one of my life.  I eventually was released from the hospital and I felt just fine.


Weeks later, after an MRI, a sleep deprived EEG and a battery of other tests, my neurologist said that she could find no reason that caused the seizure. She recommended that other than not driving until the six month point, I could resume all normal activities.


Have you ever had one of those annoying voices in the back of your head telling you to do the right thing even though you didn’t want to? I knew what I had to do, but even then it took me a month to take charge of my life; I didn’t want to do what I knew I had to do.


My cousin, the Pharmacist, had been telling me for years that Aspartame caused seizures.  I had always replied that that was BS as I was the poster boy for Aspartame.  Now that I had actually had a seizure, what could I say?


I did my research trying to talk myself out of it.  Most of the websites that linked Aspartame to seizures also claimed that all vaccinations were bad for you and we probably didn’t land on the moon!  But, in the end…


I went from drinking about ten Coke Cherry Zero’s a day to zero; completely cutting Aspartame out of my diet.  What I didn’t count on was cutting out all that caffeine out of my life.


There are ten caffeine withdrawal symptoms; headaches, sleepiness, irritability, lethargy, constipation, depression, muscle pain, lack of concentration, flu-like symptoms and insomnia.  I got most of them.


It was the worst about five days into the withdrawal and I stayed home from work and didn’t get out of bed all day.  The headaches lasted for another week, but I was completely over the withdrawal in two weeks.


The only thing that scared me was that I read on one caffeine withdrawal blogs that one person said that after giving up caffeine, he never quite felt as energetic as he did with caffeine.


I’m Aspartame free and hopefully seizure free!
*****
If you liked this blog post I know you will love my Hating God Trilogy. Please go to Amazon where you can read for free “Hating God”, “Ignoring God”, and “Loving God” if you subscribe to Kindleunlimited.