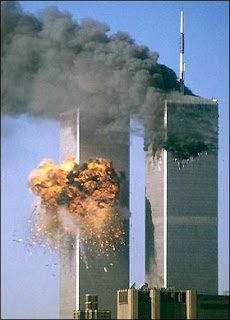 How much of what you believe is genetic and how much comes from your environment?


If B.F. Skinner and John Bowlby were alive today, we could have a lively debate on this topic; but who wants to sit through a lecture from a couple of egg heads?


What about personal experience?


I was raised in the bosom of Liberalism in Beverly, Massachusetts in the 1960’s.  Everyone I knew worshipped at the throne of the Kennedy compound at Hyannis Port.  My family had been voting Democratic since the beginning of time.  If Nurture is right, then I should have swayed far to the left.


But, my brain was built a little different.  I remember when I was sixteen watching a debate on TV and on every topic, I agreed with Jerry Williams and not his Liberal opponent.  I can remember turning off the TV and thinking, “How could this happen? I think I’m a Conservative!”


I left my home on July 5th, 1971, at the height of the Viet Nam War, for boot camp at the Air Force Academy;  not necessarily the most popular thing to do in the Northeast at the time. I was a little nervous leaving my family and friends to go to Colorado.


Luckily, once I started my summer training, I didn’t have to make too many decisions. Uncle Sam is really good at telling you what to do. It was in this first year where I transformed from civilian life.


Christmas was the first time I had any time off and I traveled home for a much needed brake.  The rule at the Academy was that all 4th classmen (freshmen) must travel in uniform. I must have gotten some nasty looks retrieving my baggage in Boston, but I was so excited to be home that I didn’t notice.


I wasn’t looking forward to return to Logan airport a few weeks later!


After checking in at the gate, I was asked to by airport security, predecessors to the TSA, to accompany them.  I was led to a back room and strip searched; all the time being vilified about being in the Military.  I seem to remember the terms “military asshole” and “baby killer” being thrown around.


I’m sure this was just a couple of security punks showing off and not the official policy of Logan Airport towards our men in uniform.  If I knew then what I know now, I might have lodged a complaint; but at eighteen years old, I was just happy to get on my plane, on time.


I understand the value of frees speech; in fact, many of my friends have died defending free speech for these so called Viet Nam protestors.  What I don’t understand is why they always choose the American Military person to lodge their protests?


I believe it was Clausewitz that defined war as just the final step of diplomacy. Why weren’t these protestors surrounding their Senator’s and Congressman’s offices?  They are the ones who determined who would go to war; not the poor schmuck in uniform!


After that first year, I always tried to travel in civilian clothes. Of course, it was hard to hide my Military haircut back then.


I ended up leaving active duty after ten years only to join the Vermont National Guard after a ten year break.  Amazingly enough, even in the new millennium, wearing a uniform in Burlington Vermont was not the most popular thing to do.


Many of the full-time Guard people were briefed to change before they left work for the day.  As a part-timer Green Mountain Boy, my uniform wearing was limited to a couple of times a month.


For my Guard weekend, I would usually drive up to Burlington on Friday night and stay in a hotel. I remember one specific weekend just after 911.  On Saturday morning I dressed in my BDU’s and went down to the curtesy continental breakfast to get my bagel and cream cheese.


I was always a little uncomfortable standing in line, in uniform, and I must have flinched when the gentleman in back of me in line tapped me on the shoulder.  I turned expecting the worse and he shook my hand and thanked me for serving my country.  After that, the entire room broke into applause and everyone came up to shake my hand and pound me on the back.


I was flabbergasted! This was the first time in my entire career in the Military that anyone had ever thanked me for serving my country.  I don’t know who those people are who were in that room that morning, but I would like to thank them from the bottom of my heart; it meant so much to me.


Does either behavior I encountered, good or bad, come from Nature or Nurture?  I don’t know, but I imagine that the answer is somewhere in the middle.
*****
If you liked this blog post I know you will love my Hating God Trilogy. Please go to Amazon where you can read for free “Hating God”, “Ignoring God”, and “Loving God” if you subscribe to Kindleunlimited.
Posted by Tom at 9:25 AM No comments: