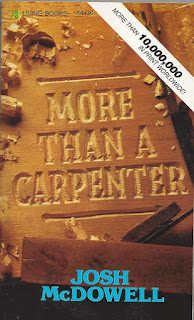 Why do bad things happen to good people?

This is one of the oldest questions in humankind. The oldest book of the bible, Job, was all about this. Haven’t most people pondered this question from time to time?

I certainly don’t know the reason God lets this happen, but I can guess. Maybe it has to do with allowing everyone to have free choice; even bad people.

Jesus said,  "And again I say unto you, It is easier for a camel to go through the eye of a needle, than for a rich man to enter into the kingdom of God."  I personally think that it is very hard for an arrogant man to submit to Jesus.

I, like so many of my generation had slowly drifted away from God. I was raised in the Roman Catholic Church in a parish where the pastor was a crook and a pedophile. I barely escaped his clutches, but some of my friends were not so lucky.

Then I became a scientist and all the so-called scientific arguments against God seemed right. I was also pretty full of myself which of course drew me farther away from God.

I was married to a wonderful woman who also had drifted away from God. Both of us still had that empty hole in our chests where God should reside, but we didn’t know how to get it back.

I made some poor business decisions and lost almost everything we owned. I got a job right away flying for Pan American World Airways, but they went out of business after two years just after we had started paying this month’s bills this month; my wife’s father invited us to move in with him in the town my wife had grown up in.

One day I was up in the attack looking for something when a book fell off a tall stack and almost hit me on the head. I picked it up and looked at the book that had the audacity to hit me; it was Josh McDowell’s “More Than a Carpenter”. I sat down on a step and started to reading it right through.

Every time someone had ever tried to get me to believe in God it always boiled down to a set of feelings, “Oh, you will know it is right when you feel God in your soul,” or  “you should believe in God because of the existence of intelligence, love, altruism, and art.”

These emotional arguments never seemed to hit home with me.

Josh McDowell’s tome on the other hand was a logical set of reasons of why I should believe in God. I guess Josh was an atheist and he sat down to read the bible one day to strengthen his arguments against God; by the time he had reached the end he was a convert. This was the first time anyone had ever tried to use logical arguments to win me over.

It wasn’t over yet because I still had a lot of scientific questions not answered like “how do dinosaurs fit with the bible,” or “how uranium dating fit with the bible’s timeline?” Amazingly enough, somehow a book or a resource was always shown to me to answer all my questions. I was later baptized and have been a practicing Christian for many years now.

Years later in another church I was telling this story to a small group at coffee hour when the pastor’s wife heard some of what I was saying. Later she asked me who this Morton guy was that helped save me.

If you liked this blog post I know you will love my Hating God Trilogy. Please go to Amazon where you can read for free “Hating God”, “Ignoring God”, and “Loving God” if you subscribe to Kindleunlimited.