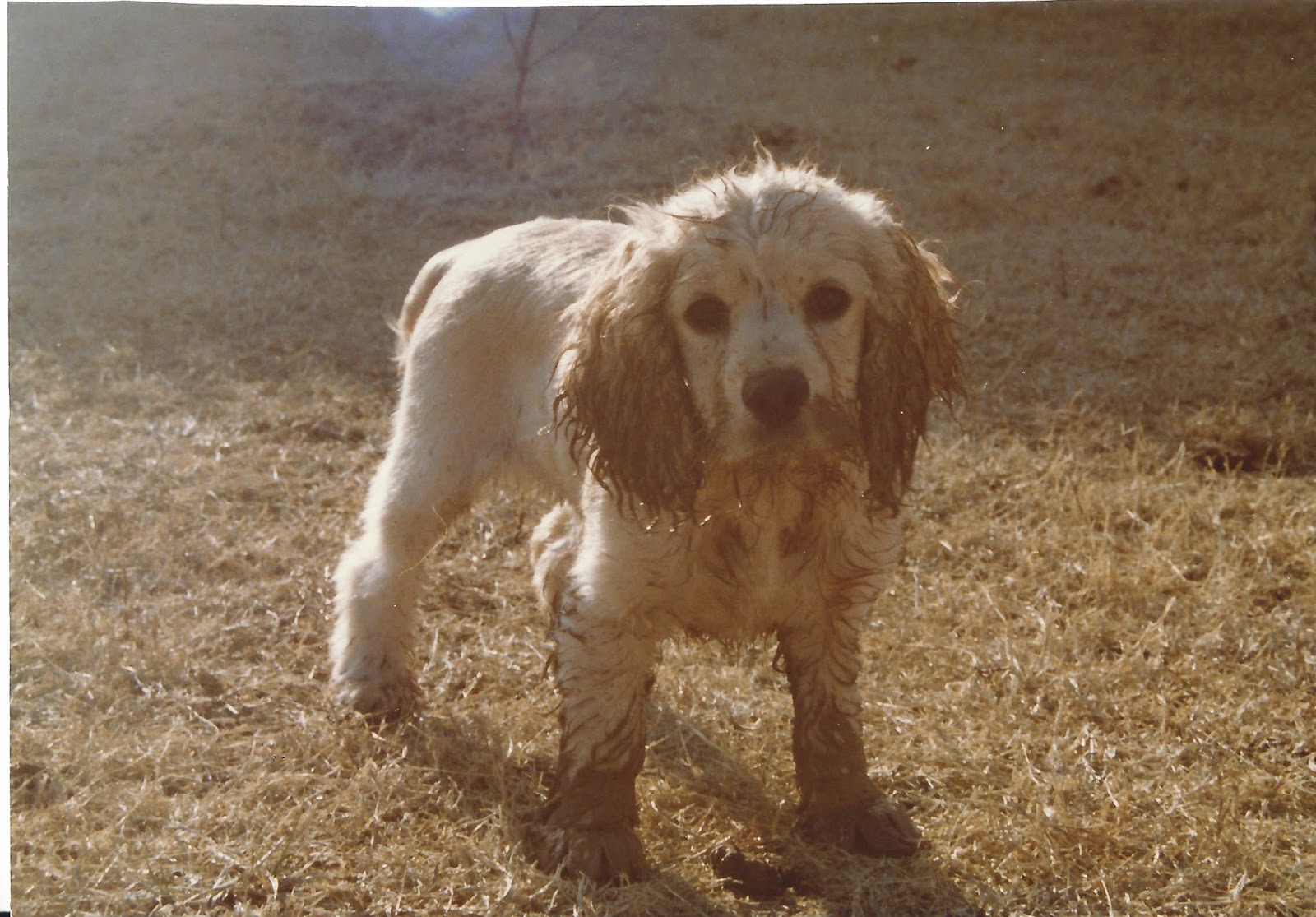 
I have a friend who has a Newfoundland dog named Martha. They left her alone this past Christmas and she decided to eat the gingerbread house that had taken the kids six hours to build. They found gingerbread crumbs on every bed in the house; Martha had had a great time. After eating the spicy housing material, Martha was thirsty and cleaned out her water bowl and both toilets.


Martha decided she needed to relieve herself all over the house. Knowing that she was already in deep trouble, I think Martha said, “What the heck?” and went into the diaper pail and deposited a soiled diaper in every room of the house.


Talk about being in the dog house - Martha is in so much trouble!


Give me a dumb dog every time.


We had a Cocker Spaniel named Sally.  Cockers are a notoriously dumb breed.  Sally lived up to her forefathers quite well except for several flashes of brilliance.


For one thing, she was an infamous escape artist and once she got out she was really hard to corral.  We would let her out into the most impenetrable back yards you ever saw and she would find a way out.


Once she was out, she was awfully hard to catch.  We had to resort to trickery!  You see, Sally loved to ride in cars almost more than anything else.  So, when she got out, rather than trying to catch or call her which would do no good, we simple drove the car around and opened the door and yelled, “Sally, want to go for a ride?”


We had just moved into a new neighborhood of duplexes that was only about five percent full.  One of our cats hadn’t been home for a couple of days and we were sure that a fisher cat had got ton her.  My parents were visiting from Florida and we had just sat down for dinner when Sally scratched on the front door to be let in.  My wife volunteered me to go let her in and I gladly opened the front door.


Instead of coming in, Sally started backing up like Lassie.  Instead of saying, “What is it girl?” like Timmy would have said, I said, “Do you want to come in or not?”  I closed the door and went back to eat.


When Sally scratched at the door again, my wife gave me one of those looks.  I said, “She doesn’t want to come in.”  My wife got up and went to let Sally in.


The next thing I know, my wife is following Sally across an empty field to an empty duplex.  Someone had broken the basement window and out cat had decided to jump through.  The problem was that she couldn’t jump back up the six feet to the broken window; there she was, sitting upstairs in the picture window wondering why we didn’t unlock the front door and let her out.


I was wondering the same thing myself.


Eventually, I lowered myself through the broken window down into the basement and went upstairs to let our lost cat out. But, I wasn’t the hero.


Sally the Wonder dog had saved the day.
I remember crying the day she died; I still miss her so much.
*****
If you liked this blog post I know you will love my Hating God Trilogy. Please go to Amazon where you can read for free “Hating God”, “Ignoring God”, and “Loving God” if you subscribe to Kindleunlimited.
Posted by Tom at 12:57 PM No comments: